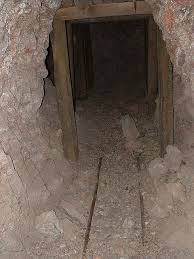 Your Grandfather, Francis used to tell you stories about old Swearengin Mine. He claimed that a large gold deposit had been located in the mine in the mid-1800’s. An old miner Charles Pettington had claimed to have found a large deposit of gold nuggets in the mine. He even brought $1,400 worth of gold back to prove it. Many people had tried to follow Charles back to the mine in order to rob him and take over the mine. Charles became ill and had told a close friend of the whereabouts of his “mother lode” mine; that close friend was your Grandfather. Although your Grandfather was never able to show you where this mine was located, he did tell you it was located in the Colorado wilderness. With the help of a local wilderness guide, you think you have located the mine. Are you brave enough to go into the mine and see if the stories are true? Is there an unimaginable treasure inside? Only time will tell if you have what it takes to search the mine for the mother load!